SPSS stands for ‘Statistical Package for the Social Sciences’, and is an indispensable tool for students and staff in higher education and research centres. This statistics software package by IBM is mandatory for many degree programmes, and the special offers by SURFspot even allow these versions to be used at home.

Most important updates in IBM SPSS 26:

*Please notice the system requirements and the terms of conditions before buying the software.

Models the relationship between a set of predictor (independent) variables and specific percentiles (or "quantiles") of a target (dependent) variable, most often the median. Quantile regression makes no assumptions about the distribution of the target variable, tends to resist the influence of outlying observations, and is widely used for researching in industries such as ecology, healthcare, and financial economics.

Assesses the accuracy of model predictions by plotting sensitivity versus (1-specificity) of a classification test (as the threshold varies over an entire range of diagnostic test results). ROC Analysis supports the inference regarding a single AUC, precision-recall (PR) curves, and provides options for comparing two ROC curves that are generated from either independent groups or paired subjects. 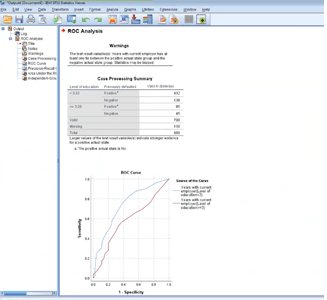 This new procedure measures one factor from the same subject at each distinct time point or condition, and allows subjects to be crossed within the levels. It is assumed that each subject has a single observation for each time point or condition (as such, the subject-treatment interaction is not accounted for).

The procedure provides options for executing Bayesian one-sample inference on Binomial distribution. The parameter of interest is π, which denotes the probability of success in a fixed number of trials that may lead to either success or failure. Note that each trial is independent of each other, and the probability π remains the same in each trial. A binomial random variable can be seen as the sum of a fixed number of independent Bernoulli trials. 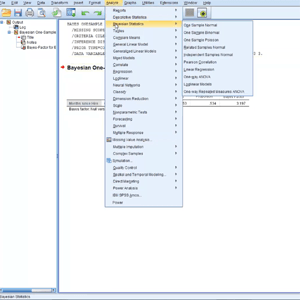 The procedure had been updated to provide options for Fleiss' Multiple Rater Kappa statistics that assess the interrater agreement to determine the reliability among the various raters. A higher agreement provides more confidence in the ratings reflecting the true circumstance. 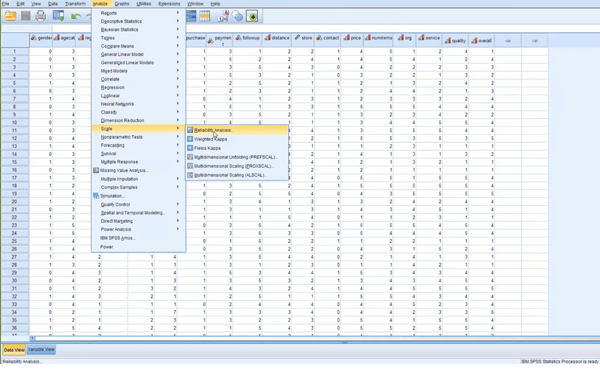